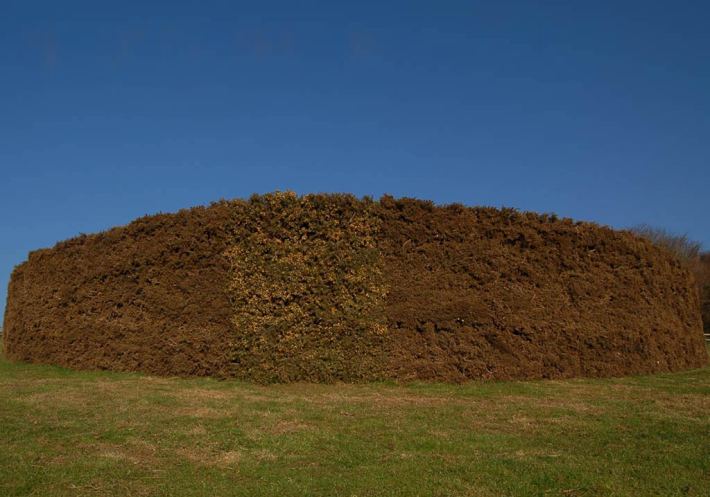 A presentation by BRUCE DAVIES of the CUT/STACK/BURN archive in collaboration with:
HAPPIDROME / the HEATH project / Natural England / AGR
Supported by The National Trust www.nationaltrust.org.uk

The wide ranging events of the Heath fest, intended to promote the value and uses of heath land, has made it possible to present the project archive in a site specific context that further underlines the link between the CUT/STACK/BURN project, the work of the HEATH project, the communities that helped create it and also its link with the landscape itself and our activities within it.

CUT/STACK/BURN PROJECT BACKGROUND
The CUT/STACK/BURN project was a durational, performative re-enactment of a largely redundant rural activity – furze cutting for fuel. This cutting and gathering process made use of and became part of an existing cycle of heath land management being operated at two different heaths on the Lizard and West Penwith. The objective of the project was to use this activity as a platform to develop a visual conversation about the absence of sustainable management of the landscape and its resources in an age of climate change.

The harvest from this intensive activity was laboriously cut and bound into faggots from December to mid February and finally transported to site where it was incorporated into a large sculptural installation. This final form, an energy store – a contemporary ‘old time’ rick, referenced the architecture of modern industrial fuel storage and was built on the hillside overlooking Mounts Bay at Tremenheere Sculpture Gardens in February/March 2007.

Our present and seemingly insatiable thirst for energy in an age of climate change became a focal point and pivotal issue in this visual enquiry. Our collective estrangement from the need and means to create our own energy and the first hand knowledge of how difficult, mundane and time consuming that can be, would seem to have gone some way in shaping the current frivolous relationship with energy. The flicking of switches, the pressing of buttons – power on demand – this concept defined the final act of management of the project. It became in return a symbolic flippant gesture itself emulating our use of energy today. The work was spectacularly destroyed at a public event on the eve of British summer time using fire, an age old technique of heath land management, as a way of emphasising this further.

CUT/STACK/BURN PROJECT ARCHIVE
During the 4 days of the event a catalogue of films that record the progress and demise of the project will be shown as part of a rolling programme. A collection of artefacts generated by the work and the peripheral activity surrounding its construction, destruction and aftermath will also be on display.

The importance of the archive material and its inclusion in this presentation is, in part, an attempt to highlight the relevance of unseen research activity generated as a consequence of the visual work itself. The use of internet blogs/film/photography/found objects/artefacts from the burn itself, to chart the development of the work became an increasingly important tool. Not just as a record but how they eventually and unexpectedly became art works in their own right.